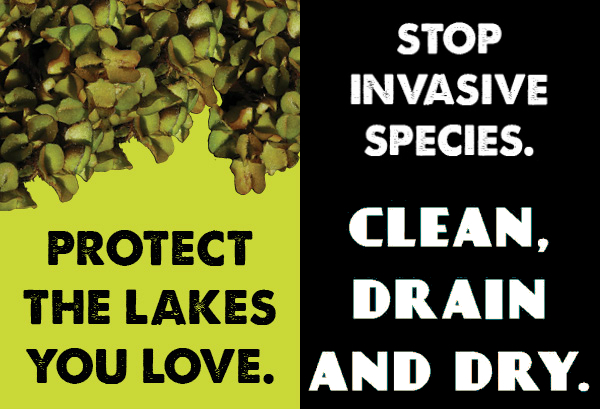 The day following the giant salvinia discovery at Lake Athens, the TPWD Brookeland aquatic habitat enhancement team (AHE) surveyed the impacted area and deployed a containment boom from just west of the boat ramp across the cove to the Athens Municipal Water Authority (AMWA) office.

According to Brookeland AHE team lead John Findeisen, the boom will contain as much of the giant salvinia infestation as possible, assisting with the management of this aggressive, non-native plant.

“The containment boom is a critical component of our rapid response efforts to eradicate giant salvinia at Lake Athens,” Findeisen said. “Concentrating giant salvinia in an area helps prevent further spread and increases the efficiency and effectiveness of herbicide treatments, which is the next phase of our response at Lake Athens. Following that we should know fairly soon if eradication is a real possibility at the lake.”

With the largemouth bass and crappie spawns around the corner, anglers can still access the enclosed area to fish by crossing the boom only in spots that are clear of giant salvinia. The AHE team recommends anglers idle over the boom until the outboard motor gets close, then kill and raise the motor and ease over the boom with a trolling motor, paddle or push pole.

The proximity of the Lake Athens’ infestation to the boat ramp leads biologists to believe giant salvinia was introduced by a boater or angler carrying the invasive species on their boat or equipment.

“It’s not surprising giant salvinia found its way to Lake Athens, especially when you consider how close it is to several other affected lakes like Palestine, Fork and Caddo,” Findeisen said.

In order to help combat further spread of aquatic invasive species across the state, TPWD will soon begin ramping up a spring outreach campaign urging Texans to help do their part to protect Texas waters by cleaning, draining and drying boats, trailers and gear every time they leave the water.

“Since there are several lakes in the surrounding area containing giant salvinia, it is imperative for boaters and anglers clean, drain and dry their boats and equipment before launching at Lake Athens,” Findeisen said. “It only takes a few minutes to remove any vegetation from boats and trailers, pull the livewell and drain plugs, and dry the boat with a towel. A few extra minutes spent doing can eliminate giant salvinia related issues for many years at Lake Athens.”

Giant salvinia has been present in Texas for nearly 20 years. Giant salvinia was first discovered on Toledo Bend in 1998 and has since spread throughout East Texas. In addition to current infestations at Toledo Bend, Sam Rayburn and Caddo Lake, the invasive plant has been newly introduced or reintroduced at six Texas lakes since 2017: Lake Murvaul, Lake Palestine, Martin Creek Lake, Lake Fork, Lake Nacogdoches and now Lake Athens.

All boaters, anglers, duck hunters and lake-front property owners should learn to identify giant salvinia as well as other invasive species that occur in Texas waters. Most importantly, boaters should remember to clean their boats and trailers before leaving the boat ramp. Transporting giant salvinia, along with other invasive species, is prohibited by law and punishable by a fine of up to $500 per violation.

Controlling aquatic invasive species to maintain recreational access to Texas’ vast aquatic natural resources and to protect quality fish and wildlife habitat is costly. TPWD’s efforts to stop giant salvinia at Lake Athens and many other Texas lakes wouldn’t be possible without directed funding support from the Texas Legislature, which approved $6.3 million to address statewide management of aquatic invasive species in 2018-2019.  This investment expands TPWD’s ability to apply known control methods, fund research into new solutions, and support outreach and prevention in the state.

Anyone who spots this invasive plant should report additional infestations outside of the affected areas by calling (409) 698-9121 or emailing aquaticinvasives@tpwd.texas.gov.

For more information on proper cleaning protocols for boats and equipment, and to learn more about giant salvinia and other invasive species, visit tpwd.texas.gov/giantsalvinia. 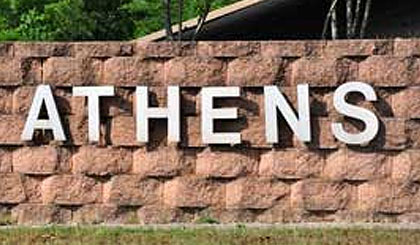 If you've ever visited with our staff regarding improvements to your lakefront property, more than likely you've heard us mention the 448'. What is it?

Curious to know if Lake Athens is at its maximum level? Click here and find out!